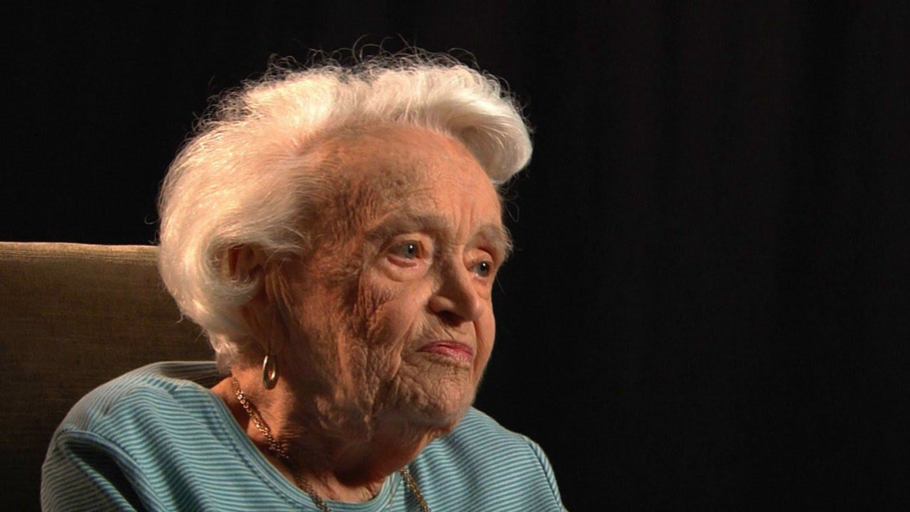 “Yes, yes, I did not think it would ever happen in Germany but it did…They had all the power they wanted…at that time after Hitler had taken over…They came at night and arrested him (my husband)”

“The first thing they said was annul your marriage…just say so and your marriage didn‟t exist. I was supposed to stay in Germany and become a Nazi (laughs) and I said no thank you.”

“But I had a daughter and (asked) what is going to happen to her. What do you consider her? And he said well, she‟s considered, in German you call it „mischling‟…she was half German background and half Jewish. …The guy was quite honest and he said she probably is going to end up in a concentration camp.”

“The concentration camp he (my husband) was in…well, I had blond hair, I looked like a real German, what they call a real German girl, right. And I went there and I simply had a lot of nerve. I went to the gate and I said I was coming to pick up my husband. Nobody questioned me, you know, that he was Jewish…so I got him out.”